The new Microsoft roadmap includes support for features from the new Android operating system. As part of a desire to incorporate more components from Android generally into the operating system, Microsoft wants to introduce Android 13 features to Windows 11 as part of its future roadmap.

Microsoft promised improvements to file transfer, shortcuts, picture-in-picture, and local network connectivity by default in the upgrade that was geared toward Windows 11 developers. It comes after a recent update that, among other things, improved File Explore.

The most recent version of Android 13, is now accessible to Pixel phone owners. It’s an incremental update that improves upon Android 12’s base, says PC Magazine, and includes features like “far more complex Material You design, handy multitasking capabilities, and cross-compatibility with Chromebook and Google tablets,” among others.

Android 13 was released earlier this month, but as of right now, only Google’s Pixel range of phones is compatible with it. Later this year, the operating system ought to be accessible through other mobile devices.

Although it wasn’t offered at launch, one of the features advertised for Windows 11 when it was first unveiled last year was compatibility with Android apps. They can function because of a compiler called “Intel Bridge” which enables them to function on x86 computers. This connection ought to be strengthened even more by the release of Android 13 features.

Microsoft has covertly posted an updated WSA roadmap on Github.

What to anticipate from forthcoming Android 13 support as well as Android app support on Windows 11.

For those who are unfamiliar, WSA, or the Windows Subsystem for Android, is a framework that runs on top of Windows and enables users to effortlessly run Android applications on Windows PCs or laptops as if they were native Windows applications.

The company is reportedly working on implementing a file transfer capability so customers can easily transfer files across Windows and Android apps. In addition, Microsoft intends to give the WSA and Android apps that operate inside of it access to the network.

Users will be able to run Android apps in PiP mode on top of native Windows apps because Picture-in-Picture mode is also being developed for Android apps.

Now, if you’re in one of the areas where Windows Subsystem for Android is offered, head over to the Microsoft Store’s Library section and update it to the most recent version.

How to Enjoy Android Apps Now on Windows 11

The Windows 11 22H2 upgrade is currently being officially rolled out by Microsoft. One of the numerous brand-new features in this operating system’s first significant update is the ability to run Android apps on Windows, but it was probably more eagerly awaited than the others.

The Windows Subsystem for Android made it possible for people outside of the United States to utilize this feature, which is still in Preview. Through the Amazon Appstore, Amazon’s store for Android apps, Microsoft and Amazon have teamed together to make it easier to install Android apps on Windows. Windows users now have immediate access to roughly 20,000 applications and games thanks to this smart choice.

A few activities must be finished before you may use it on your PC. The Android subsystem and, as a result, the Amazon App Store is not automatically installed by the Windows 11 22H2 update. You must thus manually install them as soon as the update is downloaded and installed on your machine. How? Go on reading.

Once you’ve logged into the Amazon Appstore, you can download and install any software that is accessible. Every Android app launched on Windows 11 launches in a separate window, just like native Windows software would.

Also, keep in mind that the payment method you use for Amazon purchases will also work on the Amazon Appstore. Therefore, you will be charged if you decide to install paid software on your PC.

As of this writing, it appears that the 20,000 apps and games that Microsoft promised for the launch of Windows 11 22H2 will not soon be available in the Amazon Appstore. The Amazon Appstore’s Windows 11 version’s program library is far from as comprehensive as its Android or Google Play counterparts.

If you haven’t already, start by downloading and installing the Windows 11 22H2 update on your computer. Launch Windows and then go to Windows Update by clicking the Check for Updates icon. A box informing you that the 22H2 update is available will appear if your computer requires it. To begin your update, click Download and install next.

After your computer restarts, the Amazon Appstore login window should be preceded by the Windows Subsystem for Android window. Click on Create an Amazon account if you do not already have one. If not, sign in using your normal Amazon login credentials.

Are Android apps coming to Windows 11?

The Windows Subsystem for Android is a platform that runs alongside Windows apps on your laptop or desktop when you have Windows 11 installed. The Android Debugging Bridge (ADB) tools can be used to sideload Android apps even though you can only install apps from the Amazon Appstore officially.

What features go away with Windows 11?

Does Windows 11 have native Android support?

Following several months of testing, Windows 11 was released on October 5. One of the most anticipated features, native Android emulation, which would have allowed users to run Android apps on their PCs, was absent from the initial release of Windows 11.

Android apps are supported by Windows 11 yes. The Microsoft Store offers Android apps for Windows 11 for purchase. To run them, you don’t require an emulator.

Microsoft has released a roadmap for Windows 11, which supports new Android operating system features. Owners of Pixel phones may now access Android 13, the most latest version of the operating system. This incremental upgrade adds features like “much more complicated Material You design” to Android 12’s base version.

Users can now run Android apps as if they were native Windows programs thanks to the addition of the Windows Subsystem for Android (WSA) to Windows 10. Microsoft is also putting together a file transfer feature so users may move data between Windows and Android apps with ease.

Before installing the Windows 11 22H2 Update, you should download and install the Amazon Appstore. Search for apps on Google Play or the Microsoft Store.

Android Phones Alerts Users Seconds Before Earthquake in US 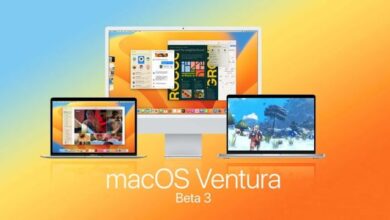 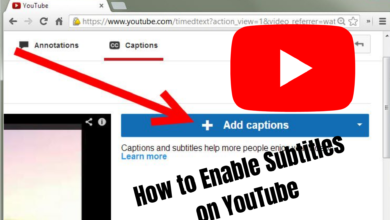 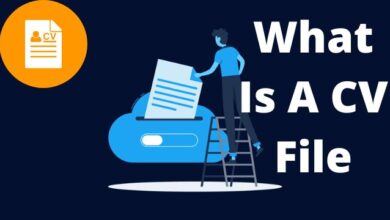