Is it true Is a new type of computer emerging? It won’t be shocking to hear that this step-change in computing is connected to AI; we may be witnessing the birth of a brand-new, astronomically powerful type of computer.

It won’t be shocking to hear that this step-change in computing is connected to AI; we may be witnessing the birth of a brand-new, astronomically powerful type of computer.

It’s amazing that today’s smartphones are more advanced than supercomputers from a few decades ago. But it goes beyond that; it represents the most astounding, breath-taking, tremendous development in technology ever. Moore’s Law, which is not a law but rather a highly foresighted observation that as parts in computer chips become smaller, you can pack more of them into a given area, has up to now mostly been responsible for this advancement. Thus, computers get more powerful while remaining the same size and cost.

Obviously, that doesn’t occur on its own. To promote these developments, one needs skill, resources, and foresight.

A beautiful thing is speed. It indicates that you can accomplish more in a given amount of time, which is frequently sufficient for a more powerful computer. What you don’t see when you look at the wide variety of apps that are currently available for download is that they all operate on roughly the same architecture, which is a design from the very beginning of computers.

Even GPUs, DSPs, and other types of specialized chip types are essentially created for certain jobs while utilising the same fundamental ideas that Von Neumann and others envisioned in 1945. You could argue that parallelism is a step away from this because it addresses the “Von Neumann Bottleneck,” which is the fact that “conventional” computing processes are sequential rather than parallel. However, GPUs are an example of many more or less conventional compute units operating simultaneously.

What is the computer industry’s major next step? Maybe it’s quantum. Although the outcomes are currently inconsistent, they will eventually be transformational. But there’s still a ways to go. Neural Networks may be the next significant advancement.

You could say that those are old news. The use of neural networks has been around for a while. The state of the art in how we may employ those fundamental building elements, however, has altered.

I’ve been debating for a while if the astonishing Text-To-Image models actually have an even deeper relevance. We might have the foundation for a more comprehensive capability if we could somehow create a more generalised model that could calculate “something to something”.

I’m grateful to Andrej Karpathy (@karpathy), who served as the former Director of AI at Tesla, for the following recent Twitter conversation:

“GPT is a general-purpose computer that can be configured at run-time to execute plain language programmes, in contrast to earlier neural nets that were special-purpose computers created for a particular activity. There are prompts for programmes (a kind of inception). GPT completes the paperwork to start the programme.”

It’s important to note that when he uses the term “GPT,” he is actually referring to GPT-3, the Large Language Model (LLM) that is the source of many of the amazing AI applications that are suddenly appearing on the market like a meteor shower.

He’s correct. We are beginning to notice that certain really specialised activities, like Text-To-Image, have a lot in common with other applications. For instance, not all inputs must be text. It might be thinking patterns recognised by brain-machine interfaces, or it might be voice, pictures, or video. (But let’s not veer off course…)

The Neocortex, a region of our brain that is in charge of a large portion of our capacity for higher-order reasoning and cognitive abilities, is equivalent to the Neocortex in Neural Nets. The amazing thing about this part of the brain is that while being in charge of a wide variety of functions, its structure is surprisingly constant. It is almost fully homogeneous rather than a heterogeneous collection of cells with different functions. That would imply that AI models based on neural networks ought to have a variety of functionalities.

If so, computing would be completely turned upside down. We might simply instruct our AI-based machine with speech, text, thoughts, or perhaps a combination of all our cognitive outputs rather than pages of complicated, snarky-looking programme code (undoubtedly beautiful in the eyes of engineers).

Technological advancements have so far created more jobs than they have destroyed. With AI, that might be different. But at the very least, there will probably be a new class of developers who need people who can write clear-language prompts. Future software companies might require English literature graduates, not computer scientists, as developers.

Of course, this is really early in the process. On the AI timetable, however, mature applications may be visible by the middle of the following year. Don’t blink to avoid missing the largest advancement in computer concepts in history.

It’s incredible how much more sophisticated modern smartphones are than supercomputers from a few decades ago. Up until now, this development has mostly been driven by Moore’s Law, which states that as components on computer chips get smaller, you can fit more of them into a given space. I’ve been wondering whether the amazing Text-To-Image models actually have a deeper significance.

According to Andrej Karpathy, if we could somehow develop a more generalized model that could calculate “something to something,” we might have the building blocks for a more complete capability. Neural Nets are analogous to the Neocortex, a part of our brain that controls a significant chunk of our potential for higher-order reasoning and cognitive abilities.

What are the recent trends in computing?

Robotic Process Automation, or RPA, is a technology that’s also automating occupations, much like AI and Machine Learning. RPA refers to the use of software to automate business operations, including application interpretation, transaction processing, data handling, and even email answering.

What computer applications will be popular in the future?

AI, edge computing, and quantum computing are some of the most recent trends in computer science.

What part do computer trends play in the social and technological advancement of computers?

What is computing and its importance?

Any goal-oriented activity requiring, utilizing, or producing computing hardware is referred to as computing. It entails the investigation and testing of algorithmic procedures as well as the creation of both hardware and software. Science, engineering, math, technology, and social elements all play a role in computing.

How to Rephrase Text Using Android and iOS Apps 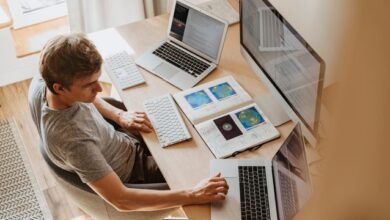 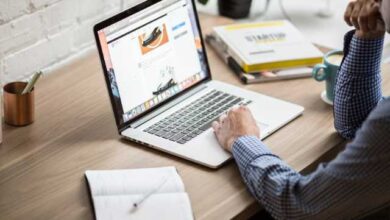 How to Fix Unable to Start Computer Error 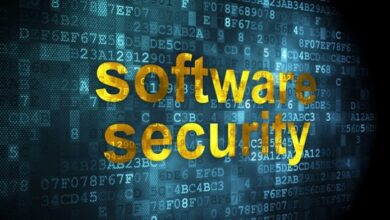 What is software security and why is it so important now? 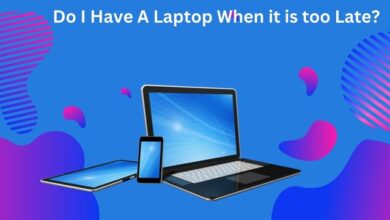